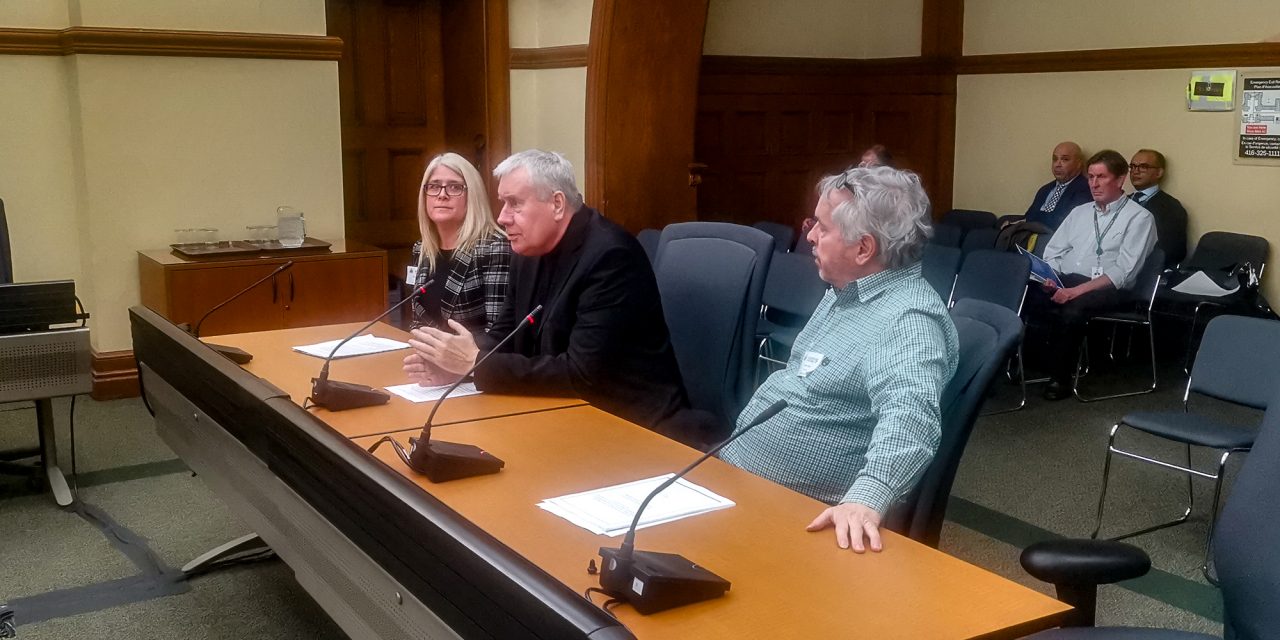 TORONTO, ON – The provincial government has no mandate to “hurriedly” pass legislation (Bill 138) which opens health care clinical and support services to aggressive privatization, the Canadian Union of Public Employees (CUPE) said today.

“Health service privatization seems a cruel holiday gift to people in Ontario who are sick, patients on stretchers in hospital hallways and long-term care residents who are languishing without enough care,” said Sharon Richer, Secretary-Treasurer of the Ontario Council of Hospital Unions (OCHU/CUPE). “The Conservatives did not disclose their plans to open health care clinical and support services to aggressive privatization, during the 2018 provincial election.

Click here to send a message to your MPP that you oppose any move to privatize hospital clinical or support services.

“We are calling on the government to scrap Schedules 19 and 37 of Bill 138 and instead to table a white paper and initiate a transparent process to let the Ontario public have a full discussion about these significant changes to health care. OCHU represents 42,000 hospital workers and we were only afforded a five-minute presentation on a Bill that enacts or amends scores of Acts.”

Schedule 19 of Bill 138 opens the door to more for-profit clinics. Ninety-seven per cent of Ontario’s so-called “Independent Health Facilities” are operated on a for-profit basis. The Ontario Health Coalition (OHC) has also documented widespread user fees charged to those who use private clinics in Ontario.

Schedule 37 of Bill 138 extends the concept of the supply chain from goods to include services across the public sector. It also allows for the creation of (potentially new) entities to deliver or contract-out and privatize those services. Services could include laboratories and diagnostics, pharmacy, cleaning, stores, food, maintenance, IT, health records and other services.

Privatization of hospital services through Public Private Partnerships has been very well documented by the Auditor General as much more expensive than publicly delivered health services.

“With Conservative budget cuts of 14.7 per cent coming over the next five years to hospital and long-term care budgets, the workforce cannot accept services being delivered more expensively and less efficiently. There will be a major battle over shifting precious health care resources away from patients to corporations,” said Michael Hurley, OCHU/CUPE president.

Without much notice, Bill 138 was hurriedly introduced by the provincial government at the end of November and rushed to limited committee hearings. “We think this legislation is harmful. It will erode public health care delivery. That’s why, it deserves wide-open scrutiny and broad province-wide consultations, not speedy passage through the Legislature before the holidays,” said Hurley. 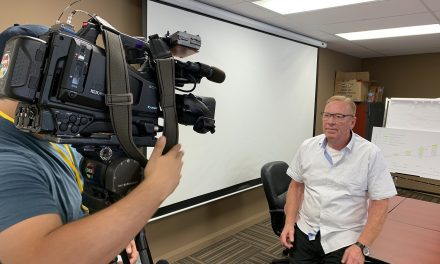 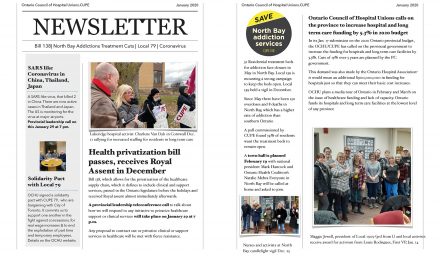 OCHU asks government to increase budgets for health services in 2020 by 5.3%

Why is a hospital residential addiction program being cut when North Bay had 138 drug-related overdoses since May?